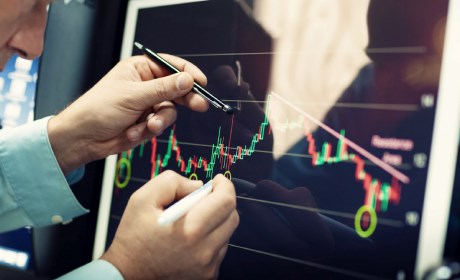 The portfolios delivered modest losses as equities and bonds retreated

The weakness of the Japanese yen this year also remains a major story. Despite the significant recent weakness of sterling, the yen is still more than 5% down against the pound since the start of March, when its rapid depreciation began. Consequently, although the MSCI Japan Index retreated 4.4% for sterling investors in April, around half of this loss was the result of the yen’s painful decline.

*Currency hedging of foreign investments dampens the effect of currency fluctuations on returns and reduces the volatility of your investment. Under most circumstances, we currency hedge foreign currency bond holdings, except in cases where the foreign currency exposure is an explicit return driver (eg emerging market local-currency debt exposures).

Within this, the UK equity market was a bright spot. The large cap FTSE 100 index was up almost 1% thanks to its extensive weighting in oil, energy and commodity companies. The weakness of the pound also helped; it boosted the sterling value of overseas earnings which account for around three quarters of all FTSE 100 company earnings. Likewise, the fall in sterling also helped insulate UK investors from the worst losses suffered by overseas equity markets.

Even so, it was another difficult month for active managers who invest further down the market cap spectrum. Consequently, the Montanaro UK Income Fund struggled. The iShares UK Dividend ETF also took back some recent gains as its overweight to financial stocks and an underweight to healthcare dragged on returns.

The top-performing UK holdings were the City of London trust (held in the Monthly Income Portfolio) and the iShares FTSE 100 ETF, with both delivering modest gains.

US equities sold-off aggressively, led by technology and consumer discretionary stocks. However, a stronger US dollar noticeably reduced losses for sterling investors. The portfolios’ underweight to US equities was a relative positive, as too was the holding in the Fidelity US Quality Income ETF which outperformed the broad US market. 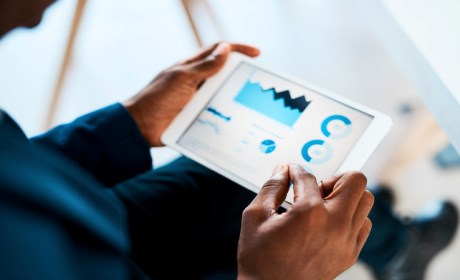 The UK was the top-performing regional market.

Elsewhere, the Quilter Investors Global Equity Value Fund (managed by Redwheel) delivered modest positive returns and is still ahead in 2022; an impressive feat given the weakness in global equities year to date.

Within alternatives, the Foresight Solar Fund had another strong month, with the share price up over 3%.
Over the month, we increased our US investment-grade bond exposure at the expense of UK holdings given the strong expected rise in US interest rates at a time when US inflation appears to be peaking. Inflationary forces are likely to persist for longer in the UK.

Elsewhere, we trimmed some recent strong performers, such as Foresight Solar, while gradually increasing exposure to the JO Hambro UK Dynamic Fund. This was funded by a reduction to the Montanaro UK Income Fund.

The economic outlook is clouded by elevated levels of inflation and very weak consumer confidence. The war in Ukraine has driven energy and food prices higher still, while renewed lockdowns in China mean supply-chain bottlenecks that had started to ease may worsen again.

One of the biggest risks is that central banks increase interest rates too far and too fast, tipping economies into recession. However, we do not see this as the most likely outcome as households still have much of their pandemic savings to spend. If economic growth weakens too much we expect central banks to step back from interest-rate hikes.

We still expect to see solid company earnings growth, albeit at lower rates than last year. In this environment, equities can still perform positively, although a backdrop of rising interest rates and inflation will tend to favour ‘value’ segments of the market and stocks that pay dividends, both of which are positives for income strategies.

The notable government bond sell-off so far this year has restored some of the former ‘hedging’ properties that such bonds offered in the event of an equity market sell-off, so we are becoming less negative on the asset class.

Read the May 2022 update for the Monthly Income portfolios from the portfolio managers, Helen Bradshaw and CJ Cowan.

Monthly income - Income in the year ahead

Portfolio managers Helen Bradshaw and CJ Cowan give their forecast for income in the coming fiscal year.