Many global equity markets began 2022 close to 12-month highs; however, the buoyant mood was short lived. The publication of the Federal Reserve’s (Fed) December meeting minutes early in January sparked widespread volatility as fixed-income markets  rapidly re-priced the number of expected of US rate hikes in 2022 from three to five.

This sent US Treasury yields sharply higher (and their prices lower). The US tech majors were the chief victims of  the ensuing equity market sell-off with the MSCI USA Index falling 4.8% over the month. European equities were also down, with the MSCI Europe ex UK Index 5.2% lower.

Quarterly growth in the eurozone slowed in the final quarter of 2021 to 0.3% from 2.3% in the previous three months. The slower growth was linked to restrictions imposed by some member states due to the Omicron variant. 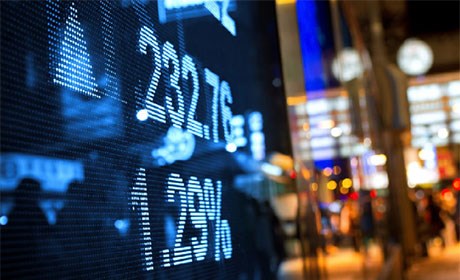 The Creation Portfolios suffered losses in line with declining equity and bond markets.

Higher bond yields, which are regarded as negative for growth stocks, meant that the MSCI World Growth Index lost 8.4% in January, while value-orientated stocks, including banks, which tend to benefit in periods of rising interest rates, held up well as the MSCI World Value Index declined just 0.3%.

It was, however, a relatively positive month for UK equities versus their global counterparts, as the FTSE 100 Index rose by 1.1%. Smaller companies fared less well though, with the FTSE 250 Index losing 6.5% and dragging the FTSE All-Share Index down 0.3% over the period.

Meanwhile, the unemployment rate fell to 4.1% in the latest reported period to November 2021, highlighting the strength in the UK labour market and helping further justify policy tightening from the Bank of England.

In contrast to the developed market sell-off, emerging market equities performed comparatively well, resulting in the MSCI Emerging Markets Index declining just 1%. The MSCI China Index dropped by 2% while inflation eased to 1.5% in December, down from November’s 15-month high of 2.3%. Expectations are building for a round of economic stimulus in China and, if inflation continues falling, this would make action from policymakers more likely.

In currency markets, the Australian and New Zealand dollars weakened as did the Russian ruble, due to tensions  in the Ukraine. Conversely, the Japanese yen and US dollar strengthened while with annual UK inflation hitting a 30-year high of 5.4% in December, expectations for UK interest-rate hikes helped insulate sterling from any major weakening.

(All performance figures in sterling and rounded to one decimal point, unless otherwise stated.)

Note: Currency hedging of foreign investments dampens the effect of currency fluctuations on returns and reduces the volatility of your investment. Under most circumstances, we currency hedge foreign currency bond holdings, except in cases where the foreign currency exposure is an explicit return-driver (eg emerging market local-currency debt exposures).

Much of the disruption in equity markets focused on the US. Within this, the large-cap growth names were especially hard hit; they gave up around 8% while large-cap US value stocks declined by a more modest 1%. Meanwhile, large cap UK equities were up more than 1%.

Consequently, the best performing managers during the period were those with either a more balanced approach or with a pronounced value bias. The Wellington Durable Enterprises Fund, for example, outperformed its benchmark while our UK equity holdings were generally stronger than those in other regional markets. 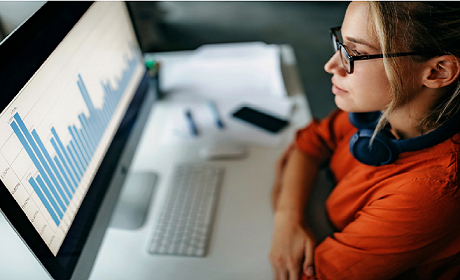 Our US equity growth holdings were the biggest casualties.

That said, our growth-style equity exposures were severely impacted, especially those funds in the smaller companies space. The Quilter Investors Equity 1 Fund was a key detractor here.

Our asset allocation made little contribution to total returns in January, however, the portfolios increased equity exposure during the course of the month, taking advantage of the price falls to add incrementally to risk.

Our tactical positioning – namely positions outside of our existing strategic asset allocation (SAA) model – remained modest. Our most notable overweight remains  to the healthcare sector while we also maintained a small underweight to European equities.

Elsewhere, the fixed-income positioning remained underweight to government bonds and slightly overweight to high-yield  bonds (issued by companies) and emerging market US dollar-denominated bonds, relative to our SAA model.

Investment activity was limited over the month with the increase in equity allocations made through additions to existing holdings.

The start of the year has reminded us in no uncertain terms that equities can go down as well as up! January was the month when investors collectively realised that rising interest rates, slower economic growth and unrealistic earnings expectations might not be good for stocks. Technology companies were especially punished for missing analysts’ forecasts; witness the 20% fall in Facebook/Meta following a modest fall in earnings.

Even so, we are relatively sanguine about the current environment and, barring any further changes to the fundamentals, see any ongoing market weakness as an opportunity to ‘buy the dip’.

Generally recessions are a requirement for large equity ‘bear’ markets ie periods when a market falls by 20% or more from a previous high. While we expect global economic growth to decelerate this year, we don’t expect to see a recession – namely two consecutive quarters of falling output – as economic growth remains reasonably resilient.

The key risk to this view is likely to be a mis-step by one or more central banks. The other key area of concern is energy prices; sustained high oil and gas prices can themselves act as a brake on economic activity which explains the focus on Russia’s actions in the Ukraine theatre

Our value and UK equity holdings fared best in January.

Read the May 2022 update for the Creation portfolios from the portfolio managers, Sacha Chorley and Stuart Clark.

Read the April 2022 update for the Creation portfolios from the portfolio managers, Sacha Chorley and Stuart Clark.