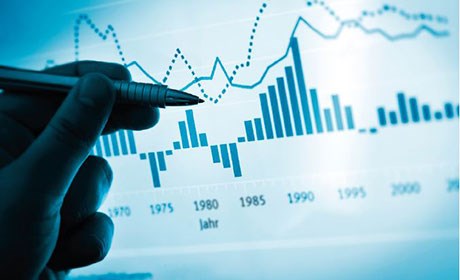 The portfolios suffered losses as equities and bonds lost ground.

The weakness of the Japanese yen this year also remains a major story. Despite the significant recent weakness of sterling, the yen is still more than 5% down against the pound since the start of March, when its rapid depreciation began.

Consequently, although the MSCI Japan Index retreated 4.4% for sterling investors in April, around half of this loss was the result of the yen’s painful decline.

(All performance figures in sterling and rounded to one decimal point, unless otherwise stated.)

Note: Currency hedging of foreign investments dampens the effect of currency fluctuations on returns and reduces the volatility of your investment. Under most circumstances, we currency hedge foreign currency bond holdings, except in cases where the foreign currency exposure is an explicit return-driver (eg emerging market local-currency debt exposures).

These declines came during a month characterised by poor investment returns across both equities and bonds, especially for US markets and for growth-oriented companies. Overall, global equities fell 3.8% as measured by the MSCI World Index.

From an asset allocation perspective, the portfolios’ equity allocations drifted slightly lower over the course of April due to the impact of some downside protection hedges (using derivate contracts). These mechanically reduced our effective exposure as markets receded. Otherwise, the target equity allocations were held stable. 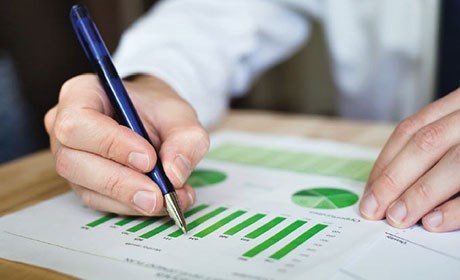 Within equities we maintain a small underweight to Europe and an overweight to global healthcare. We remain underweight to high-quality bonds and are therefore less sensitive to changes in interest rates, which reduced losses given the falls in government bonds over the month.

However, following the sharp falls in April, towards the end of the month we added over 3% in global government bonds to reduce our underweight exposure. At these levels, the reward versus the risk of this position has started to become more balanced than earlier in the year.

Within the fixed-income universe we are overweight in US Treasuries compared to government bonds from other regions and we retain a modest overweight to emerging market bonds issued in US dollars.

April saw a continuation of the recent outperformance of ‘value’ companies and sectors so it was not surprising that some of the portfolios’ best performers had value at the core of their process. Among the top performing equity holdings in the portfolios was the Quilter Investors US Equity Income Fund (managed by BNY Mellon), which gained a modest 0.6%.

The worst performer of the month was once again the Granahan SMID Select Fund; it was down around 16.5% as investors continued to sell-out of smaller growth names that have performed strongly over the past 12 to 18 months and which are more sensitive to higher interest rates, given their earnings are projected to come further in the future.

The Quilter Investors US Equity Growth Fund (run by JP Morgan) was also a casualty of this rotation; it declined some 6%.

Meanwhile, the Fidelity China Consumer Fund added 1.8%, despite the emergence of more coronavirus cases and the severe shutdowns that ensued in numerous major Chinese cities.

Away from equities, the alternatives portfolios saw some holdings deliver positive returns, for example, the Ardea Global Alpha Fund added around 1.5%. However, the best performer continued to be the WisdomTree Enhanced Commodity ETF, which added some 2.5% as commodity prices benefitted from strong demand, tight supply and the continuing risk of an escalation of the Ukraine war leading to a reduction of gas and oil supplies into Europe.

We did not add any new holdings to the portfolios during the month.

Despite the losses suffered by equity and bond markets this year, we remain cautiously optimistic for the medium-term outlook.

Of the three main regional drivers of global economic growth, Europe, China and the US, we’re only concerned for the former. The Ukraine war means there’s a risk that gas stops flowing to Europe, which could easily trigger a regional recession.

In China, we expect the recent lockdowns in numerous large cities to be a short-term issue and for China to quickly resume its path to more sustainable growth.

We’re most positive on the US economy as almost everyone in America who wants a job, has a job. Wages are also rising at a fast pace, particularly for lower-income sectors. Consequently, the ‘cost of living crisis’ is much less apparent there than in the UK.

We expect to see positive ‘real’ wage growth in the US later this year which, in concert with the savings accrued during lockdown, suggests a resilient US consumer and hence steady, if not spectacular, US growth.

As a consequence, we’re minded to remain invested in equities, taking advantage of any weakness to add at advantageous levels. We’re less enamoured with bonds as interest-rate increases will push bond prices down.

Read the May 2022 update for the Creation portfolios from the portfolio managers, Sacha Chorley and Stuart Clark.

Read the February 2022 update for the Creation portfolios from the portfolio managers, Sacha Chorley and Stuart Clark.