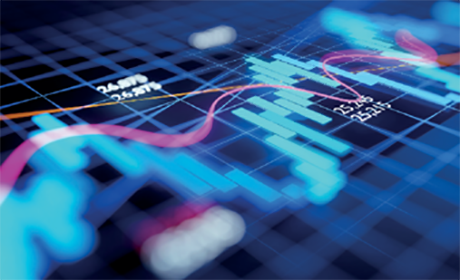 Following a difficult first half to the year, global equity and bond markets rebounded strongly in July.

During the month, investor attention shifted from rising inflation and interest rates towards the potential impact this will have on economic growth. Investors started to worry that rising interest rates may trigger a downturn in economic activity. This led to speculation that the US Federal Reserve (Fed) would cut rates next year, the prospect of which was a huge boost to equity and bond markets.

In July, the Fed delivered its second consecutive 0.75% interest-rate increase, while the European Central Bank (ECB) surprised the market with a 0.5% rate rise.

In the US, equity markets shrugged off the interest-rate rise and enjoyed their best month for two years to be the top-performing regional market in July. The MSCI USA Index was up 9.1% thanks to the outperformance of technology and consumer discretionary (companies that sell goods and services that are considered non-essential by consumers) stocks, sectors which are especially well represented in US indices.

This was part of a notable change compared with the first half of the year as investors moved away from ‘value’ stocks, companies whose share price is low relative to their value, and into ‘growth’ stocks, companies that get their value from the rate at which they are expected to grow their profits in the future. Consequently, the MSCI World Growth Index jumped more than 11.3% in July with the MSCI World Value Index gaining 4.4%.

European equities also performed well with the MSCI Europe ex UK Index returning 5.2%. While shares in energy companies declined in June as oil and gas prices fell, they resumed their upward trajectory in July. The increase in energy prices, driven by the ongoing conflict in Ukraine, has impacted Europe’s economic prospects. Indeed, the region’s reliance on Russian energy imports caused the euro to US dollar exchange rate to be one for one in July.

Elsewhere, UK equity markets were also positive in July. The FTSE All-Share Index, representing nearly all the UK stock market, returned 4.4%. Meanwhile, the FTSE 250 Index, made up of the 101st to the 350th largest companies, was up 8.3% as small and mid-cap stocks benefitted from investors moving from value to growth stocks and being willing to take more risk.

Emerging markets saw a modest decline, largely due to the debt problems of China’s property sector. In July, reports emerged that Chinese property owners were refusing to pay mortgages on unfinished homes that were already declining in value. These factors contributed to the MSCI China Index decreasing by 9.6%. This also impacted the MSCI Emerging Market Index which, despite some robust gains from other index constituents, declined 0.4%.

In fixed-income markets, riskier assets outperformed with high-yield bonds (issued by companies with lower credit ratings) outpacing investment-grade corporate bonds (issued by companies with higher credit ratings). It was also a positive month for government bonds, as hopes that the Fed might reduce interest rates in 2023 buoyed investors, despite the further interest-rate increases expected in the near term.

(All figures in pounds sterling unless otherwise stated.) 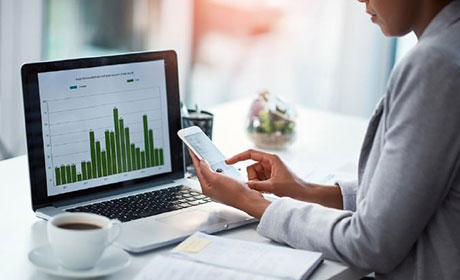 July was a great illustration of the old adage: ’the market is not the economy’, as US stocks enjoyed their best month for two years even while the US economy struggled. Indeed, the declining economic backdrop led investors to start expecting interest-rate cuts from the Fed next year, which boosted both equities and bonds.

Consequently, July was a much better month for the Cirilium Portfolios. For the lower-risk portfolios, our moves to increase government bond exposure over the last few months added to returns. Meanwhile, in the higher-risk portfolios, our tilt towards ‘quality-growth’ strategies helped us to outperform our respective peer groups.

Equities naturally made the greatest contribution to returns. Within this, US funds such as the Granahan US SMID Select, Premier Miton US Opportunities and SGA US Large Cap Growth funds dominated the leader board.

Our European and global growth-oriented managers also performed well. These included the Premier Miton European Opportunities, the Montanaro European MidCap and the Montanaro Better World funds. Japan was another bright spot, especially for those funds with a growth bias, such as the Baillie Gifford Japanese Income Growth and the SPARX Japan Sustainable Equity funds.

Elsewhere, there was little movement in strategies exposed to Asia, while those with a high weighting to China fell back.

Within the alternatives holdings, our hedge fund strategies and property holdings made modest gains while the strongest returns came from our listed private equity trusts.

There was only one new manager addition and no significant asset allocation changes during the month. For efficiency, we took the opportunity to combine our portfolio maintenance and re-balancing activity to keep transaction costs to a minimum. In simple terms, this meant targeting specific areas for change rather than making pro-rata adjustments.

We added a new position in the River and Mercantile Global Sustainable Opportunities Fund, which is managed by a team who we know well. The fund provides exposure to a sustainable strategy but through the lens of a value-based investor. This complements our other global sustainable fund holdings, which have more of a growth focus.

July provided the evidence that the global economy is starting to ‘feel the pinch’; both from increasing inflation and central banks’ attempts to curb it. That said, financial markets had already ‘priced-in’ a lot of bad news, so sudden expectations that central banks would need to start cutting interest rates as early as next year increased investors’ risk appetites.

We retain the view that ‘quality’ companies will triumph over the longer term, regardless of whether they’re currently labelled ‘growth’ or ‘value’. In the meantime, we’re well positioned for both growth and value market phases in the coming months.

Meanwhile, fixed-income assets are now more attractive than they’ve been for a long time while higher government bond yields (meaning lower prices) should allow them to provide useful diversification for multi-asset portfolios once more, especially if central banks deliver on the current expectations and start cutting interest rates next year.

While risks remain, as July demonstrated, genuine bottom-up analysis and staying the course is critical to navigating through the highly challenging business cycle that no doubt lies ahead. With so much near-term uncertainty, rather than speculating on the most likely short-term outcome, we believe there’s a stronger case for diversification, active management and patience.

Read the August 2022 update for the Cirilium portfolios from the portfolio manager, Paul Craig and Hinesh Patel.

Read the May 2022 update for the Cirilium portfolios from the portfolio manager, Paul Craig and Hinesh Patel.