Equity and bond markets continued to fall in April as investors responded to the ongoing course of interest-rate rises and the expanding socio- and economic consequences of the war in Ukraine.

With central banks wrestling to bring inflation under control by increasing interest rates while also reducing their support for financial markets (by either slowing the rate of expansion, holding or shrinking their balance sheets); an evolving energy crisis; and the increasing risk of a global food shortages, the outlook for growth soured further.

This saw the rotation into more defensive ‘value’ stocks and away from ‘growth’ stocks, continue in April.

Due to a greater bias toward growth companies and technology stocks in the US market it was one of the worst-performing equity regions, with the average fund in the Investment Association (IA) North America sector falling 3.6%. 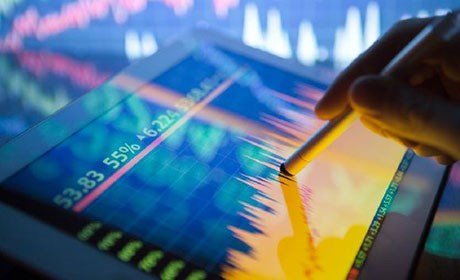 Our alternatives holdings helped dampen losses elsewhere in the portfolios

Meanwhile, US annual inflation reached a 40-year high of 8.5% in March. In the UK, the Consumer Prices Index (CPI) rose by 7% from a year earlier. The sharp rise in western inflation had been stoked by high demand running alongside significant supply side constraints driven in part by the aforementioned energy crisis and renewed lockdowns in China due to its “zero covid” policy.

Elsewhere, the UK equity market’s higher weighting to energy stocks was a major positive for the local indices as was its sizeable exposure to more defensive sectors such as consumer staple and healthcare stocks. This helped the average fund in the IA UK All Companies sector be one of the best regional equity performances even though it recorded a loss of 1.2%.

European equities lost further ground but notably outperformed the US market. Recent corporate earnings releases have generally been better than expected, helping temper negative investor sentiment as the knock-on consequences of the sanctions on Russia are expected to hit the region particularly hard. Consequently, the IA Europe excluding UK sector delivered an average return of -2.7%.

The weakness of the Japanese yen this year also remains a major story. Despite the significant recent weakness of sterling, the yen is still more than 5% down against the pound since the start of March, when its rapid depreciation began. Consequently, although the IA Japan sector was the worst performer with  an average loss of 4.3% in sterling terms, much of this could be attributed to the result of the yen’s painful decline.

(All performance figures in sterling terms and rounded to one decimal point, unless otherwise stated.)

Markets reacted negatively to the numerous headwinds in April, and against this backdrop the Caerus Select Managed Portfolios recorded modest losses, with the lower-risk portfolios faring marginally better.

The common factor in these portfolios would be the ‘value’ style. This can mean a greater focus on names with a correlation to interest rate increases, and a higher weighting in more traditional sectors like energy and materials that have benefited from the increased commodity prices we have seen.

There were also some good performances from other managers, who while making a loss for the month still outperformed the relevant regional indices. For example, the M&G Japan fund benefited from good stock selection in the IT and consumer discretionary sectors. The Schroder US Mid Cap fund also performed well in these circumstances, outperforming on the back of strong stock selection across nearly all sectors. 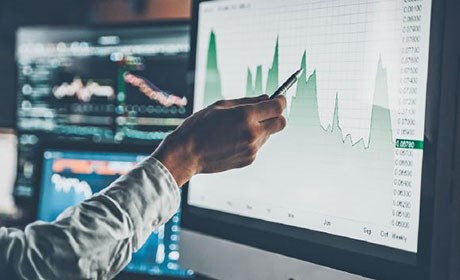 The laggards in the portfolio were those with a growth bias, so both the Allianz Continental European and the Quilter Investors US Equity Growth (JPM) funds had a tougher month. Meanwhile, the Blackrock Gold & General fund also paused its strong run for the year-to-date, posting a loss as gold and silver prices declined.

Having trimmed our exposure to the Blackrock Gold & General holding in the March rebalance the impact of this sell-off was mitigated to a degree in the portfolio level performance.

Elsewhere, the broad emerging market equity index performed well relative to developed markets, however, this component of the portfolios was weaker in the month. All holdings in this space underperformed, with the most pronounced being the Jupiter Merian Emerging Markets Focus fund, which was attributable to its technology exposure. The Quilter Investors Emerging Markets Equity Income fund (Allspring) fared the best, as its sector allocation offset some of its weaker stock selections.

UK equities generally remained modestly positive year-to-date, as the combination of large defensive companies and commodity names bolstered the market. However, just the Jupiter UK Equity Income fund managed to keep pace with the regional index, driven by positive effects from financials and materials. The BlackRock UK fund was weaker, partly due to an overweight position to the consumer discretionary sector, which underperformed given the ‘cost of living’ crisis.

The fixed-income space generally lost ground in the month as yields continued to rise (meaning prices fell) amid high inflation and rising interest rates. However, the portfolio’s holdings were slightly ahead of the wider market thanks to predominantly robust relative returns across the actively managed portion of the fixed-income portfolio and particularly strong outperformance by two of the strategic bond managers, the Premier Miton Strategic Monthly Income and TwentyFour Dynamic Bond funds.

The alternatives basket offered a diversified returns stream during the month, faring better than other asset classes and offering some protection on the downside. However, both the PIMCO Dynamic Bond and the PIMCO Dynamic Multi Asset funds lost ground in April. The Janus Henderson Absolute Return Bond fund made a more modest loss, while the Jupiter Merian Global Equity Absolute Return fund offset some of that with its positive performance.

We remain of the view that the recent market downturn has not been the right opportunity to add more investment risk to the portfolios. We do not try to make shorter-term bets on price moves, instead we consider the medium-term outlook.

Currently the focus is on how central banks manage the delicate balance of higher interest rates with slower growth and high inflation, and whether they can avoid a misstep. To quote Meghan Greene (senior fellow at the Mossavar-Rahmani Center for Business and Government, Harvard Kennedy School): “The Fed has an impossible task, like trying to thread a needle while blindfolded and wearing oven mitts!”

As such, we continue to see pressure in the system and so we continue to manage risk carefully. With equity indices having corrected, and in some instances entered bear market territory, it is true that valuations are someway off their peak but they are now reliant on corporate earnings being delivered. With the considerable issues being presented to the world today we do not see this as in any way guaranteed and we will stay alert to market conditions and if we see an opportunity presented through further market corrections - or if our outlook becomes more positive – we will seek to capture that through our next rebalance.

Read the July 2022 update for the Caerus Select portfolios from the portfolio manager, Stuart Clark.

Read the May 2022 update for the Caerus Select portfolios from the portfolio manager, Stuart Clark.